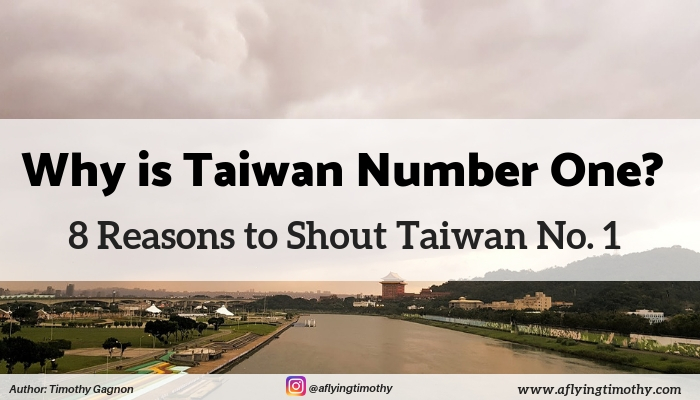 Did you ever find yourself wondering why is Taiwan no 1? Read this article to discover some great things about Taiwan.

Putting all the confusion about my history and reason to be in Taiwan aside, the fact of the matter is I do live here, and I have lived here for quite some time. And I know why Taiwan is No.1.

Table of Contents hide
Why is Taiwan No 1:
1. Mass-Convenience
2. Convenient Store Food (Get Fat Quickly!)
3. Transportation
4. TRA Train (The Old One No One Talks About)
5. Bike-friendly (Mostly)
6. Hikes and Nature
7. Great for Alcoholics
8. Not Great for Robbers
9. Use Easy Card for Almost Everything
10. Incredibly Fast Internet
That’s Why is Taiwan No 1:

Most long-term foreigners end up focusing on the negative in Taiwan because there are a lot of little frustrations about living here. But being alive in general is quite frustrating anyways!

You’ve probably met bitter foreigners in bars who are constantly looking for the opportunity to complain about their lives while refusing to change anything about it.

Since this website is nothing but sunshine and rainbows, we’ll be talking about some of the great things about living in Taiwan.

It’s hard to appreciate the incredible convenience of having five-billion stores on every corner until you visit somewhere else.

Where I live in Taipei, there are four convenient stores, three supermarkets, and at least five restaurants, on the same block.

I literally have to go downstairs to find something to eat or drink. It’s like that in most places in Taiwan too, at least in Taipei.

So you never have to worry about going hungry here.

But you do have to worry about gaining a few extra kilos.

To expand on the point earlier, if you’re new to Taiwan you’re probably uncomfortable ordering from a restaurant that only has Chinese characters on the menu and no pictures.

Don’t worry, if you want some high-calorie microwavable food, hit any convenient store in a 10-meter radius, and you’ll have what you need. Gaining weight has never been easier.

I have to admit, these meals make up most of my diet, mainly because they’re fast and I don’t have to talk to people. Naturally, eating microwavable food gets old quick, so learning how to order from a Chinese menu is a must.

But if you’re in a rush, food can be found in any convenient store, and it tastes great too. I’m not only talking about random TV-dinners, but they also have Sushi, fruits, and sandwiches, too. 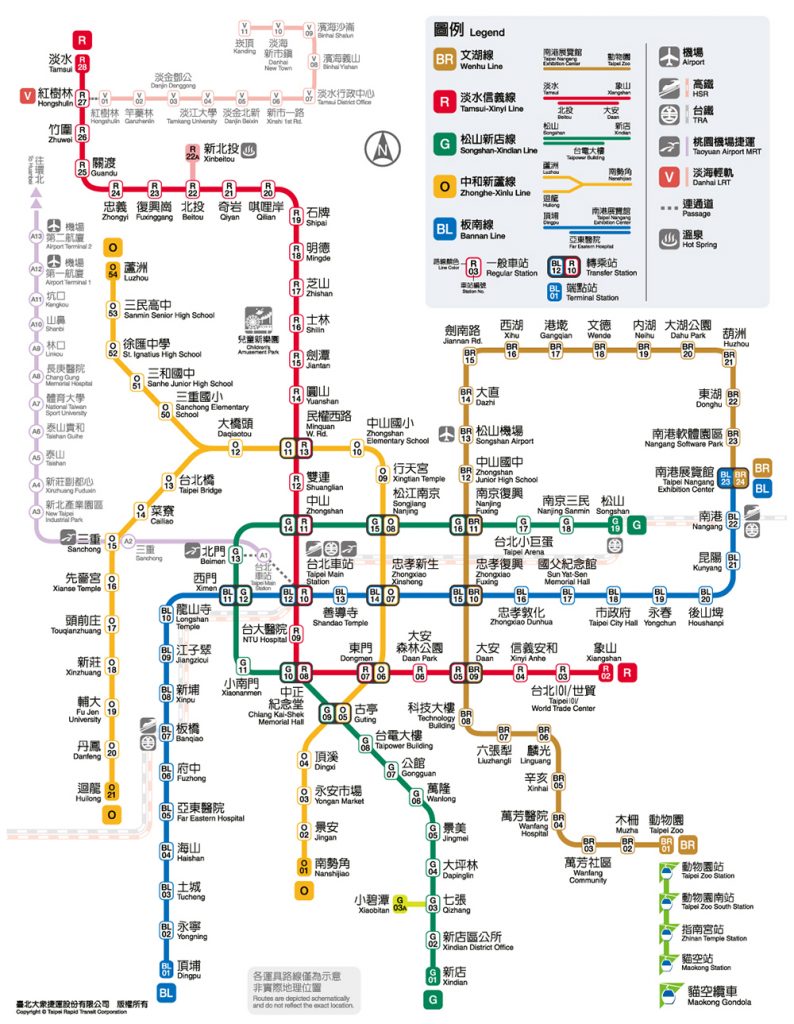 Bloggers mention this all the time, but it’s true. Transportation in Taiwan is awesome. You can take buses or trains all around Taiwan, without having to worry about translations or getting lost.

Not to mention the high-speed rail, though expensive, is the fastest option to get around the country. Want to visit friends in Taichung? Hop on the HSR for 40 minutes.

Buses will take you literally anywhere, and buying a ticket only takes a few seconds. Sometimes you don’t even need to tell them where you’re going – they’ll somehow know.

Not to mention the inner-city options too, like the MRT that will take you anywhere for under 50 NT.

You get used to these things when you live in the country for the long term. It’s only when you visit somewhere else that doesn’t have the same transportation infrastructure that you really appreciate what Taiwan has to offer.

It’s one of the reasons why Taiwan is no 1.

4. TRA Train (The Old One No One Talks About)

The old train doesn’t get much love, especially since the MRT is five thousand times better (and cleaner) but it still has a certain charm.

When it comes to transportation, the best options are buses and high-speed rail, but there’s the old regular train that wraps around Taiwan, too.

More information can be found here.

Most tourists avoid this train because it can be unreliable and slow, but it does link to a lot of culture-rich spots.

Quick reminder, the rules people tend to follow on the MRT are thrown out the window here. In other words, you can (GASP) drink water on the train.

You can hop on the train from Taipei Main or any other station. I like this train because it takes you into remote locations of Taiwan, where there aren’t five billion people crashing into you, and you can actually relax.

But… it’s slow, and sometimes it can be difficult figuring which platform to wait on.

Check out some nearby beaches or head over to Kenting for some fun.

I’m a huge fan of the YouBike company, I try to take a little ride at least once a week.

Looking for another way to get a workout?

Riding a bike in Taiwan is a great way to explore the scenic areas, and take a breather from the busy inner-city life.

Sometimes you forget there is a world that exists outside the city too.

Taipei, and Taiwan, in general, is incredibly bike-friendly (except in city-centers) and there’s always a new path you can take. I wrote about how to use a YouBike.

Just be careful on the roads because you’ll be fighting with 10 million scooters.

You might think, in a city like Taipei, it would take a while to find some peace and quiet. Not necessarily.

There are plenty of hiking trails and small mountains you can check out that offer the break from city life and noise you need.

Why are my neighbors still drilling?

Parks are common too, though some “Parks” only consists of a couple of bushes and one lonely abandoned bubble milk-tea cup.

The other day I checked out this hiking path right next to Jiantan MRT.

Besides that, there are plenty of scenic areas to relax a bit. If you have the itch to hike, type in hiking in Google Maps and you’ll find some cool places to check out.

Tip: Most people in Taiwan couldn’t be bothered with hikes, especially ones that consist of a straight staircase leading to the heavens.

So if you’re looking for a way to escape the crowds for some peace and quiet, climb the stairs.

Except, anywhere that has a decent view will be occupied by at least 300 photographers all taking the same picture, of the same view.

Craving some alcohol? Want to be the stereotypical white guy who is never seen without a can of Taiwan beer?

Visit any convenience store and you’ll have your pick of alcohol, from whiskey to white wine, to suspicious Japanese drinks.

The perfect place for alcoholics.

No street-drinking rules. You can walk around with all that alcohol and chug it in front of police officers and there’s nothing they can do. Drinking in public is legal.

Pick a 711, find a curb that’s not stained with beetle nut juice, and drink your sorrows away.

Even better – you can puke all over the floor, it’s what the locals do, anyways.

8. Not Great for Robbers

People often ask me, why is Taiwan so safe?

And I don’t really have an explanation. But it helps there are millions of people on every street at any given second, with at least two million eyes, and one million smartphone cameras, ready to record every single frame of your existence. Not great for robbers, they’ll get caught, and quickly at that.

There are numerous stories of people who lost their wallets or purses, only to have them returned with all the contents (and money) intact. That doesn’t happen anywhere else.

Unfortunately, when I wanted to test this theory, and casually tossed my wallet out the window, I never saw it again. Probably best not to do that.

But I admit Taiwan is probably the best place to lose something – as it will likely find its way back to you.

9. Use Easy Card for Almost Everything

Easy Card is Taiwan’s most popular cashless payment card. You load value to the card and use it wherever you can find an Easy Card payment terminal.

Here are some things you can do with an Easy Card:

Another awesome thing about Taiwan is how spoiled people are with internet options. Not only is the internet cheap but it’s also very fast and reliable. Mobile internet is awesome, and coverage is almost perfect. And I never have to worry about hitting data caps and paying extra.

You can buy a data-enabled SIM card at the airport or any convenient store.

Long-term foreigners often complain about their lives here, and there are some downsides to living here like there are anywhere on the planet.

Instead of hitting Brass Money and complaining about Englisher-Teacher life, while chugging Taiwan Beer, I choose to focus on something else.

Taiwan, though frustrating at times (let’s not even talk about the banking system) does have a charm that is hard to beat.

And that, my friends, is why Taiwan is No 1.